The hand gesture commonly referred to as The Sign of the Horns, has a rich variety of meanings and history of uses in wildly different cultures.

Evidence of early use dates back to India, where the Buddha used this apotropaic gesture — the karana mudra — to protect against evil spirits and remove negative thoughts and influences. Similarly, in Mediterranean cultures the sign’s supernatural power of protection was used to ward off bad luck. It’s also used to invoke the Horned God, one of the two primary deities in Wicca.

Perhaps what has most popularized this hand gesture is its use within the music industry. In 1969, it appeared on the cover of The Beatles’ Yellow Submarine album, where the cartoon of John Lennon is making the sign above Paul McCartney’s head. Some conspiracy theorists have interpreted this as evidence supporting the “Paul is dead” theory. In the early ‘70s, known as the “P Funk Sign,” the Horns gained popularity with fans of Parliament Funkadelic and was used by George Clinton and Bootsy Collins as the password to their Mothership. Despite these earlier uses, the gesture is most famously connected to heavy metal. Ronnie James Dio, singer of Black Sabbath, began using the Horns on stage shortly after joining the band in 1979, reportedly because he wanted a hand gesture of his own and former frontman Ozzy Osbourne had already co-opted the peace sign. Dio is reluctant to take credit for bringing the sign of the horns into popular culture, but says he “did it so much that it became the symbol of rock and roll of some kind.” 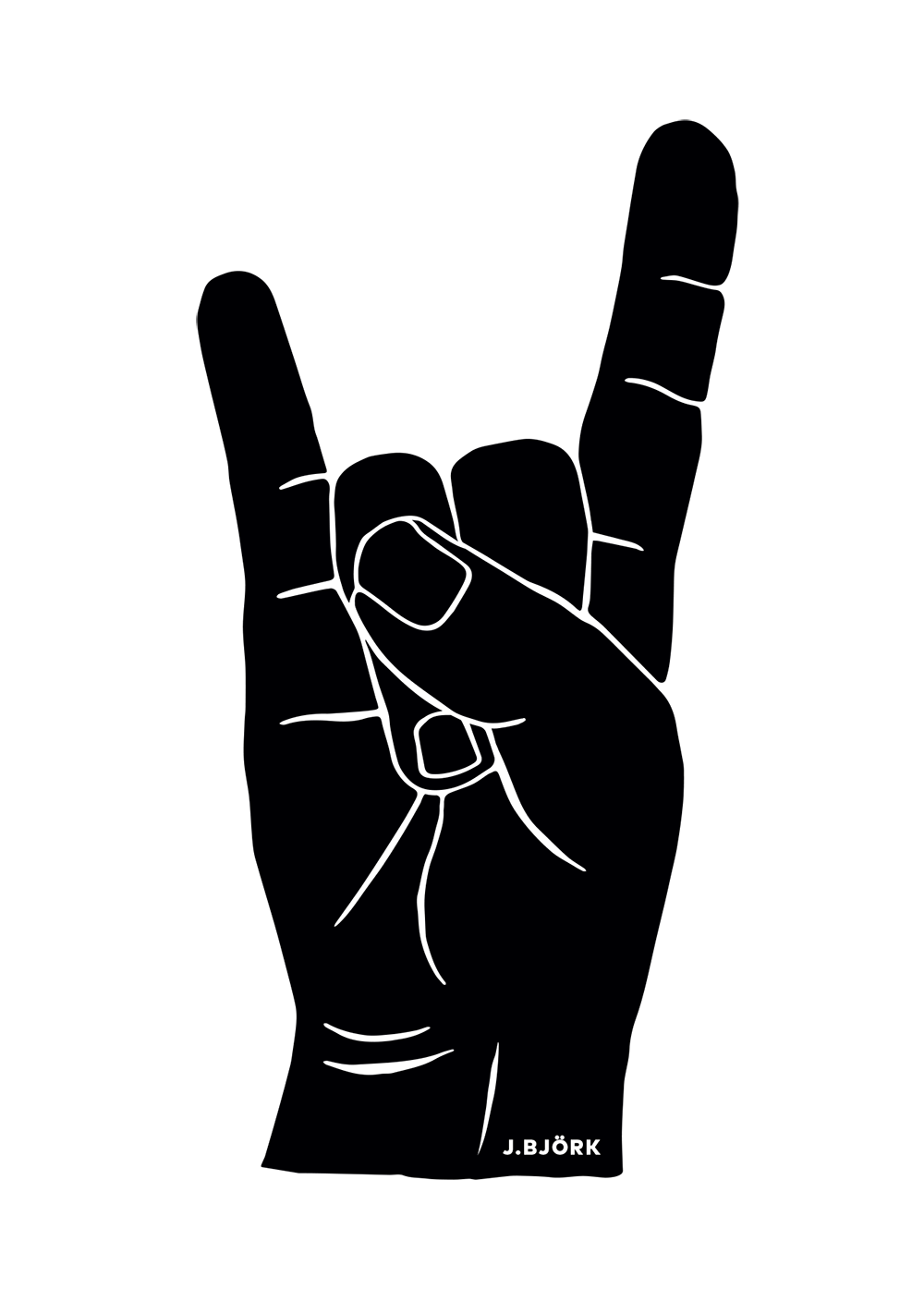 This is the first in a series exploring the deeper cultural meanings of common hand signals.

Prints and posters are available here.